FOUNDER OF THE PROJECT

develops and produces his collection in Sóller, Mallorca

He initiates the ArteArtesania Project , a creation space, a Workshop and Shop in which his works and works of Contemporary Crafts and Contemporary Art are produced. Exhibited and commercialized from an independent perspective.

He studied Bachelor and 3 years of Bachelor’s Degree in Industrial Chemistry at the Catholic Faculty of Sciences Rosario (Sta Fé) ARGENTINA.

He begins his work as a craftsman in Traslasierra Cordoba, exploring sculpture in a small format

In February 1990 he arrived in Spain, settling in Cercedilla (Madrid) until 97, at that time he participated in the re-founding of the Association of Artisans of San Lorenzo del Escorial (Organization of Craft Fairs in Escorial)

He moved to Segovia to carry out “Coscoja”, a Contemporary Crafts store, participated and attended by artisans.

Since 1990 he has participated in the most important Handicraft Fairs of the country, which the following stand out:

In May 2001, he moved to Soller, Mallorca and started the project “Arteartesanía” A Shop/workshop/gallery with Ximena Walker (www.ximenawalker.com)

Since 2004 he participated in Christmas at the Seville Handicrafts Market, wherein 2006 he received the Work Award (Endowed with € 600.00) and in 2011 a Diploma of Honor in recognition of his career

Participation in January 2019 at the BIJORHCA (Paris)

Collection
‘Leafs with Calla-Lily’ gold modernist style
Recognized as a local product by the Consell in 2003.
The Modernist Collection is made of 925 Silver, with 22k Gold Leaf refinded.

Collection
‘Inspired by the Myotragus’

These are some Carlos Tellechea products, if you want to see more you can go to the Online Store.

Stories of a Chameleon 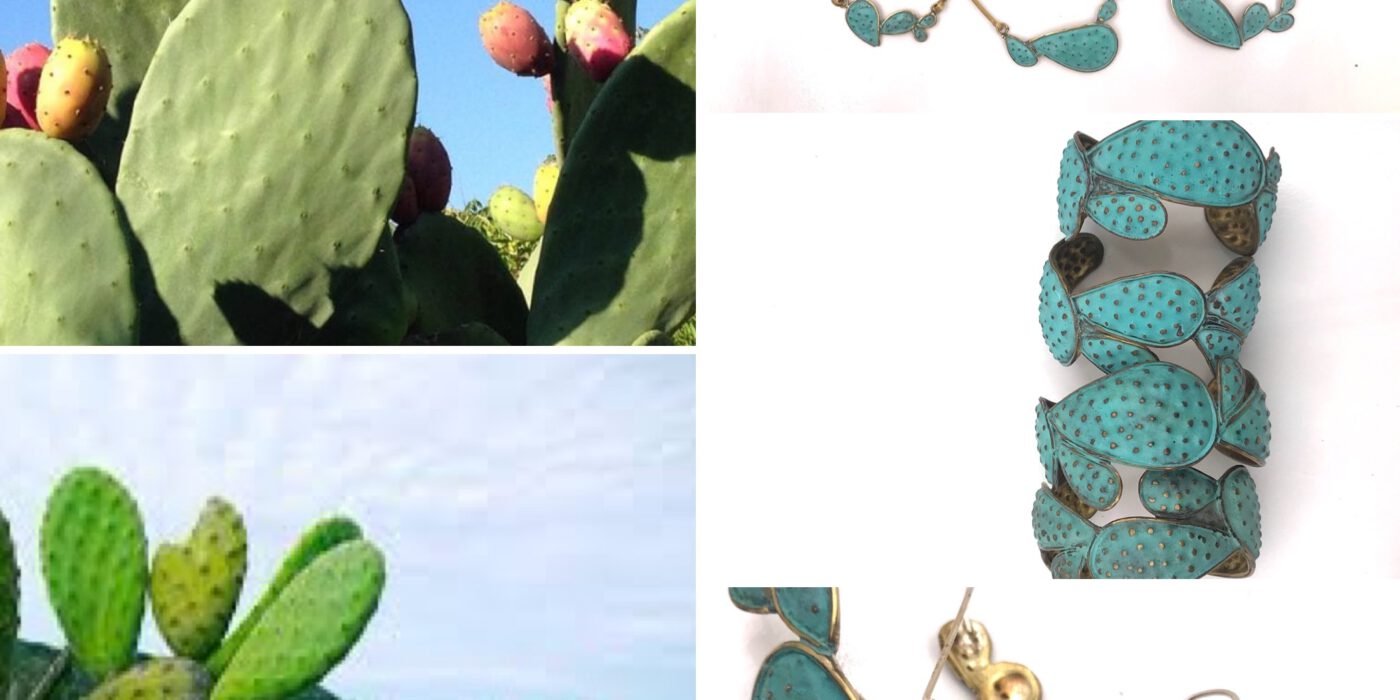