At one point when I was between Cercedilla and Segovia, in my early years in Spain, leaving aside the production of costume jewelery, which I did to sell in markets, I decided to make a small sculpture of a chameleon, with a hollow body, welding bronze cuts … .

And so, once the bronze chameleon was created, I built a landscape of metal cutouts for it as well, and this one, within the world of feminine ornamentation, which was my trade.

And the first Piece that was put together was a Choker. Then a bracelet that were run by the little chameleon

Understanding as Roberto Bolaño that contests can be an alternative to stick his head out for a craftsman from the provinces, I decided to present the Pieces to the Castilla y León Craft Design Contest

The Work was a Regional Prize. In a way, the chameleon remained, as a resource, as a talisman and finally as a characteristic signature of my works. Every year he cast about twenty pieces and made completely different series, Jewels, small desk sculptures, objects for personal use and other decorative items such as the bowls that appear in the photo above.

The chameleon transforms the piece in which it appears in a small story, the aesthetic is added to the narrative.

General information about Chameleons
Chameleons are a family, Chamaeleonidae, of small scaly sauropsids (reptiles). There are about 161 species of chameleons, most of them in Sub-Saharan Africa.
The term “chameleon” derives from the Latin chamaeleo, a loan from the Greek χαμαιλέων (khamailéōn), in turn composed of χαμαί (khamaí) “on land” and λέων (léōn) “lion”. The Greek word is a carbon copy of the Akkadian nēš qaqqari, “land lion.”
Some species of chameleon are capable of changing color, which is their most famous characteristic.
Contrary to what some believe, they are not colorless, nor do they change color only according to the environment; in reality, the change in its basic color more often expresses a physiological condition (related to temperature or the time of day) or a psychological condition (caused by the proximity of an eventual adversary or partner).
The color change also plays an important role in communication during chameleon fights: the colors indicate whether the opponent is scared or furious. Colors can vary from reddish to greenish.
Chameleons have specialized pigment cells in various layers of the dermis, under their transparent outer epidermis. The cells in the upper layer, called chromatophores, contain yellow and red pigments. Below that of the chromatophores is another layer whose pigment cells, the guanophores, contain a colorless crystalline substance, guanine. The guanophores reflect, among other things, the blue color of the incident light. When the upper layer with its chromatophores determines a yellow color, the blue light reflected by the guanophores is stained green (blue + yellow). Even lower down is a layer rich in melanophores, loaded with the dark pigment eumelanin that also stains human skin. These melanophores regulate brightness, that is, the amount of reflected light. All these pigment cells can regulate the distribution of the pigments they contain, expanding or contracting it, which in turn gives rise to the differences in brightness, hue and pattern that distinguish chameleons.
Throughout the West, the term “chameleon” is used in colloquial language as a synonym for a fickle person, who adapts his behavior and characteristics to circumstances. The term does not always have a negative connotation (of falsehood), and can also mean “flexibility”. It is also quite used to adjective good actors 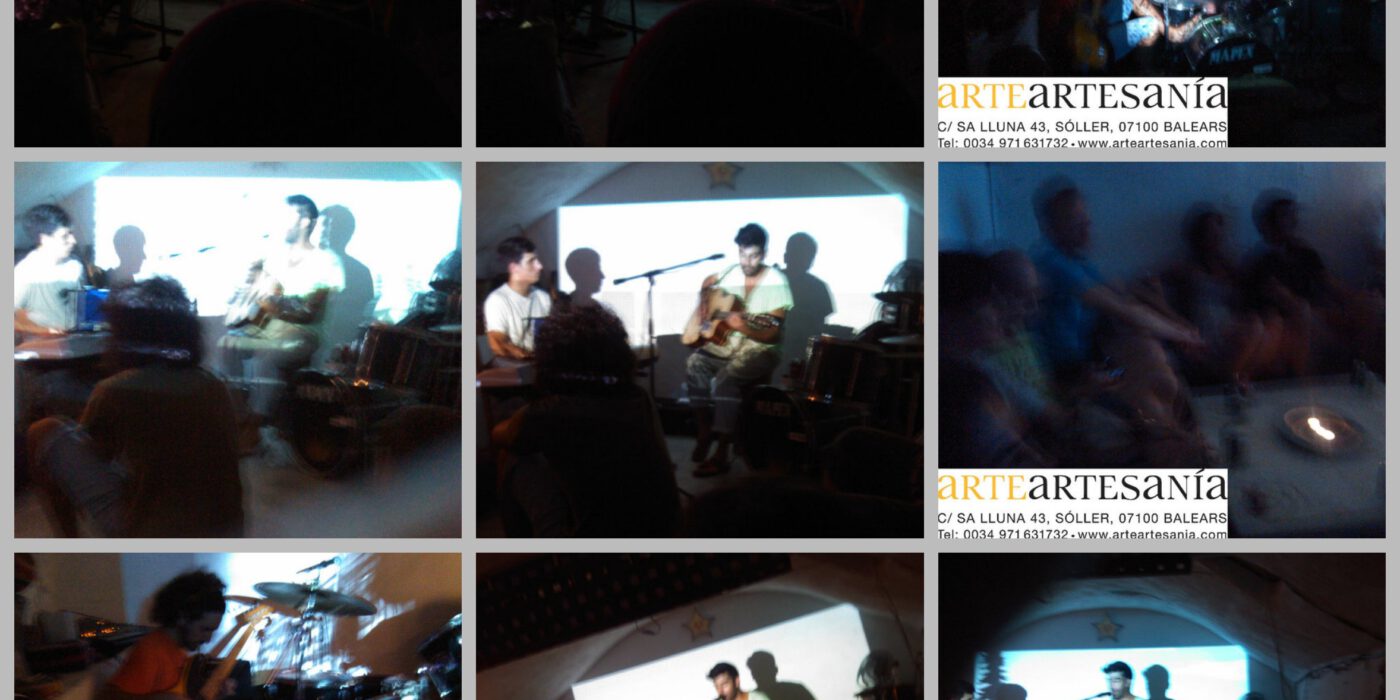 Great night of Jam with Jiva, Paul and Ned

The Cave of ARTEARTESANIA emerged about 12/13 years ago spontaneously as a meeting place and creativity for the musicians of the Soller Valley from spontaneous jams after the “presentation” of the last group that tried their new songs in small format and for friends.
LA CUEVA has been operating in a self-managed and free way … and as a complementary event to the Openings in Exhibitions

But in recent years it has become a benchmark as a cultural space for many musicians who propose encounters in which to test and confront musical ideas.

It is within the framework of these inaugurations that the “nights of music in the Cave” arise, there were musicians who temporarily rehearsed there and we all understood that presenting live music coinciding with an Art inauguration was something complementary and that as it happened they would feed back ..

This enriching activity of the exchange of musicians who got to play without a score or guaranteed training, ended up being an authentic laboratory of creative musical ideas for dozens of instrumentalists from the town and from many other places that participated in these usually spontaneous jams.

Carlos Tellechea is an Autonomous Balearic Artisan Master, his Company also has the DQA Consideration (Artisan Qualification Companies) that in Soller for example, have this Qualification “Can Matarino” or “Fet a Soller”

He came to Soller 20 years ago and has all those years contributed to Social Security, working as a Craftsman and Gallery owner.

His small business has generated sustainable activity and employment in the Valley, collaborating with local artisans, years working for example with Bernat Forteza or Llucía Magraner (joiers solleriks)
He has represented in National and International Fairs and Exhibitions the name of Mallorca and Soller, where in some cases, such as in the Feria Mercado de Artesanías de Sevilla, he has received awards for the best work.

On Calle de la Luna from the beginning he began to collaborate with other Artisans from Mallorca and Menorca and carried out monographic exhibitions bringing Soller to Exposure to different Mallorcan jewelers … Damiá Mulet, Quico Tent, Tasso Mattar, Pep Joan, Boris Jakov and Menorcans such as Santi Capó or Xavier Monclús, later also relevant in the world of Contemporary Jewelry, such as the teachers of the Massana Ramon Puig Cuyas School, Silvia Walz, Judy Mc Caig, and a long etc.

La Cueva was a “Bonus Track” to his ARTEARTESANIA Project, which was far from being planned.